Catch items have been completely recoded to be a secoondary function, allowing any item to be used for capturing adopts in explore.

This also allows creators more freedome to choose functions for their items.

All capture items have been converted to adoptexp as their main function (this can be changed by creators in the item panel). We've also switched adopt exp items over to having the yellow background that capture items used to have, since this is easier to see than the old red backgrounds.

If you encounter any issues or bugs, please report them in the bug reports forum.

Dogtor has been released!

"You encounter a strange beast in the woods, or maybe even in an alley. It seems friendly enough, though something about it unsettles you. Its lantern lights up the area with a strange glow. The animal follows you, or maybe it wants you to follow it? In any case, it won't leave you alone. You'll probably get used to it; after all, you get along well, unless you try to take its lantern. You really don't want to do that. Trust me."

Dogtor was created by BlueCrowned.
BlueCrowned may edit this species any time within 3 days. 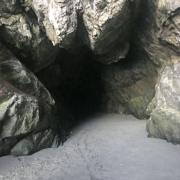 There's a new early area called Dark Cave!
It may take some time before this area gets populated.

Sticker Sheet has been released!

"You can stickerbomb anything with these!"

Sticker Sheet was created by Marcel.
Marcel may edit this item any time within 3 days.

Those who have been plagued by the mysterious gray background box bug will be happy to know we fixed this!

The fix will only be applied to images when they get re-rendered, so if you have an adoptable with a gray box on it, you will need to reset their image.

To do this, simply move them in and then out of storage, or use the 'apply' button on the recolor page if you have recolor access (you don't have to change any of the layers, just hitting the apply button alone should do it).

Images are also reset regularly on the site through various features, so we expect affected adoptables will eventually fix themselves over time.

If you have any adoptables, species, or items that have a gray box even after the image has been reset, please let us know in the bug reports forum.

The December 14th 2020 opening date is being pushed back to an unspecified date.

We are making great time and all intended features are still going to make the deadline we had set, but we're concerned about communication about what the date was for. We want to make sure all players understand that 4dopt is still in early development (and will continue to be well after Dec 14th 2020), so we're going to leave the early access code as a confirmation to help communicate "hey, we're still testing this thing out' to new players.

What we intend for December 14th of 2020: The backbone coding for 4dopt will be done, and we will have updated our disk space to accomodate more players. The site will be more stable and able to handle more testers/players on a technical level only (not gameplaywise). The site will continue to change rapidly, features are not set in stone, 4dopt still need more features, gameplay improvements, guides, rebalancing, layout fixes, bug fixes, etc.

Thank you everyone for testing out the game!

Fuzzy Lop Baby has been released!

"What a cute baby bunny! So fuzzy."

Fuzzy Lop Baby was created by Eve.
Eve may edit this item any time within 3 days.

Pride Jam has been released!

"You can feel the pride radiating from this jar. So much so that it's almost.. vibrating... Is... Is something trying to get out!?"

Pride Jam was created by Sage.
Sage may edit this item any time within 3 days.

There is a new feature called egg hatching, which allows you to create an adoptable from an item.

Species Creators can add 'hatch items' for their layer groups in the new 'Hatching' panel. Each layer group can have a hatch item selected, allowing that species of that layer group to hatch from the item (this is randomized if you have more than one species selected for that item).

There can be up to 5 layere grups assigned to an item, allowing multiple layer groups to be randomized for the adopt that hatches from it.

You can either use your own items as hatchables, or use items that other creators have provided.

Item creators can allow others to use their items by turning permissions on through the item panel.

You can also use this feature for not just eggs, but any item (if you want to get creative) such as magic scrolls or other summoning items.

We have also added a new collection category for eggs.

Snow Rabbit has been released!

"A rabbit animated from snow, leaves, and berries."

Snow Rabbit was created by Marcel.
Marcel may edit this species any time within 3 days.

Yuki Usagi has been released!

"There's something in this that I can sell, right?"

Yuki Usagi was created by Marcel.
Marcel may edit this item any time within 3 days.

Demon Toonz has been released!

Demon Toonz was created by Oxyhemoglobin.
Oxyhemoglobin may edit this species any time within 3 days.

Gem Rodent has been released!

"These small animals spend their lives collecting a hoard of small shiny gems, the bigger and brighter the better! Within their groups, the gems are used as both a primitive bartering objects and as a way to show off to other gem rodents."

Gem Rodent was created by Orion.
Orion may edit this species any time within 3 days.

All adopt reserves have been reset alongside a bug fix that caused reserves to not be properly deleted after a sale (which causes the adopts to show up incorrectly in searches).

If you had any adopts reserved for you or others, these reserveations will need to be redone.

"These griffins are solemn creatures, seemingly tasked to be caretakers of forgotten graveyards. They bring flowers to graves that have been forgotten, and may befriend visitors who join them there."

Rememberie was created by 4RT.
4RT may edit this species any time within 3 days.

"These massive four finned cetaceans swim across the skies, occasionally roosting on horizontal cliffs ledges and plateaus to rest, socialize and reproduce. These leviathans have the scent of several cups of sweet mocha, and as a matter of fact actually spout the beverage out during extreme emotions. Positive emotions invoke a warm and sweet tasting spout, while negative emotions makes the spout bitter and hot enough to peel the skin off bones upon contact."

"An experimental species, made of slime and strange ideas given form... NOTICE: if you have a slymer affected by the layer order bug, you can change the base layer order to 0 and your slymer will be a okay!"

Level bonus (such as adopt slots) have been extended out to level 1,000 instead of 500.

This was done to help with potential balance issues, especially later down the line.

We have given out extra experience to players who are most affected (you may notice a level boost) and Secret Scrolls that can be used for more level boosts.

Thank you all for your patience. 4dopt is still only 3-4 months old at this time, and we are going through many turbulant early access changes.

Our goal is to finish most of the big changes before December 14th, but this deadline might be extended to make time for more work to be done on core features and balancing.

We've adjusted some of the explore and mass explore in regards to energy output due to balancing issues.
Recently, we wanted to make energy was plentiful, but they wound up too plentiful, to a point where it's causing lag and other issues currently.

We've scaled back the energy a bit, and reverted the yields to a chance between 5 and 10 energy per use (rather than always gaurenteeing 10) to help prevent this in the future.